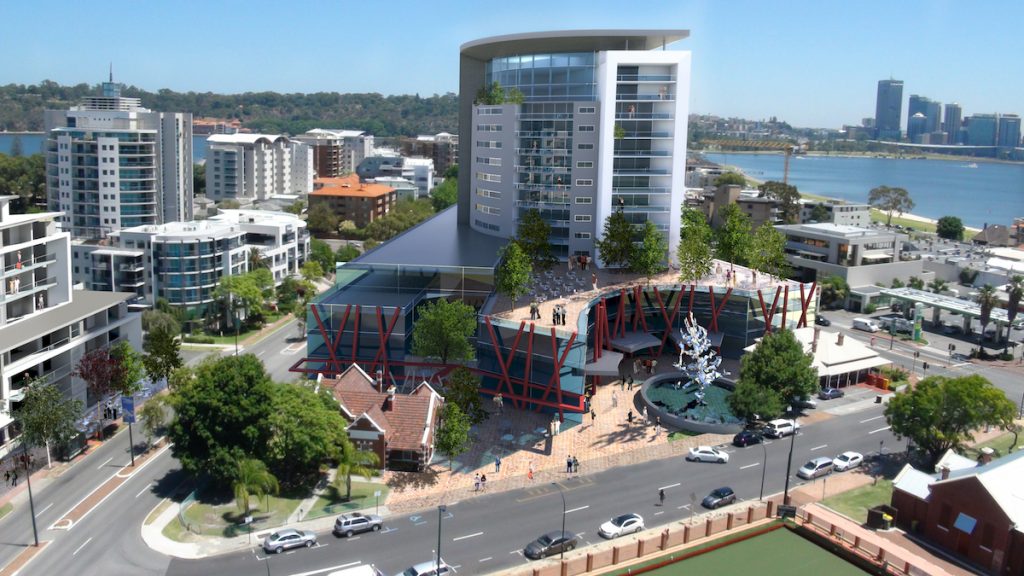 Motus was engaged by the City of South Perth to design an indicative development footprint / floorplans and a rendered 3D model of ‘Amendment 25’, which was a significant planning reform to be advertised and eventually implemented.  The proposal helped illustrate the council’s intent regarding these planning scheme amendments, and was also used as the basis for valuing council land to be sold on the open market.

Motus was able to assist the City of South Perth by providing planning and massing models that helped illustrate the intent of the amendment to the public.  Rendering and 3D modelling is becoming a valuable resource when introducing or presenting ideas to the greater community.  The form Motus illustrated for this site was replicated by the now under-construction Civic Triangle development by City of South Perth and Finbar.