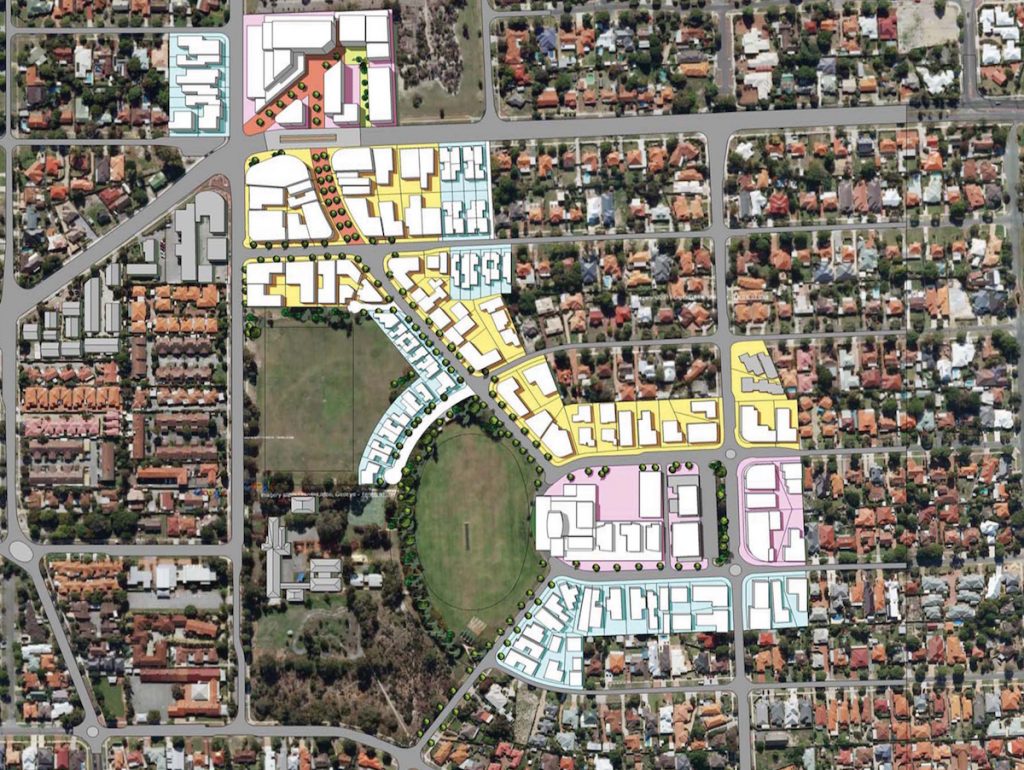 A recent initiative among many local inner city councils is to revitalise local suburban precincts with increased density, transport hubs, community facilities, and public open space.  The City of South Perth nominated a number of these precincts, and Motus was granted the responsibility of investigating opportunities to enrich the inner city suburb of Manning.

The council’s initial concept was to simply re-develop an old shopping area into a higher density node, however, Motus approached this area in a different way.  Motus recognised that a better connection to transport links, therefore the greater city, was essential.  A larger redevelopment of the suburb was proposed, to link community facilities to suburban rail and major arterial roads.  With increased density focused around established green space and along tree-lined activated promenades, the design promoted a community reminiscent of Subiaco or South Perth.