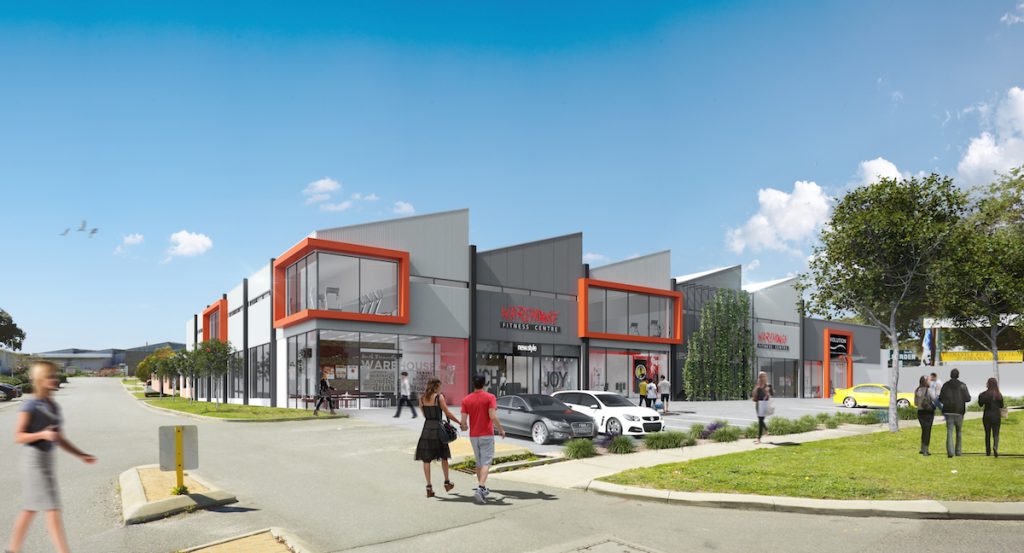 Motus undertook Concept Design to revitalise the existing building.  The ground floor commercial spaces were used but the entire first floor was vacant.  The client’s brief was to give the entire building a face lift to allow it to be marketable to potential tenants.  The existing Warehouse gym was to remain in the building.

Exposing the existing sawtooth roof structure was an immediate thought.  This spilt the large building mass up and created interest in the elevations.  A green wall trellis system was proposed over the existing stair that was to be retained which softened the harsh industrial building.

After visiting the site, it was apparent that the sheer scale of the building required a minimal approach to the renovations in order to keep costs down.  A simplistic approach was adopted in the design of the alterations.